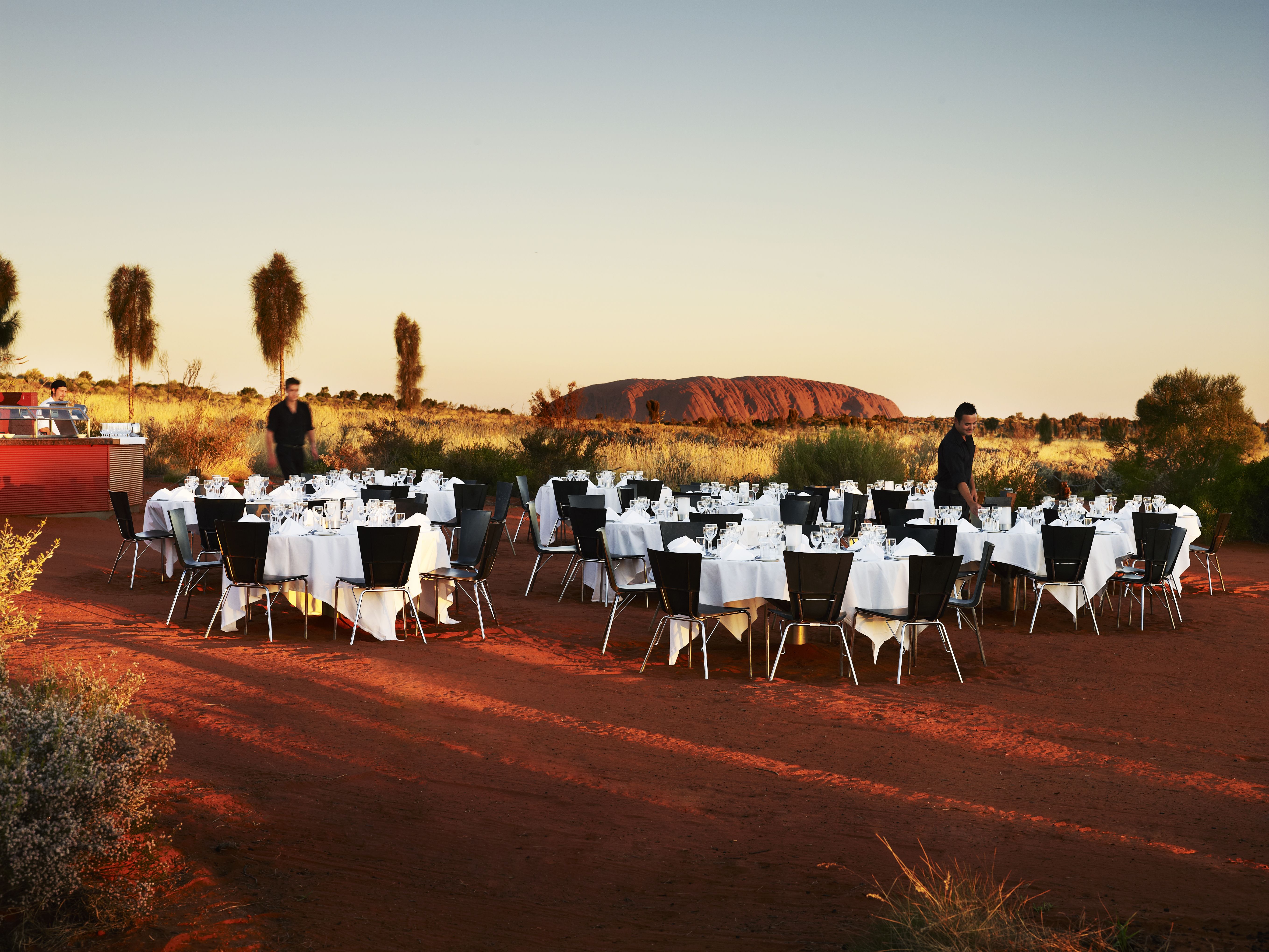 Australia’s first under-the-stars dining experience, the iconic Sounds of Silence, is celebrating an incredible 25 years of operation this year, with a gala celebration being held on 21 March 2018. Upon opening its ‘doors’ in 1993 guests from all over the world  immediately embraced the concept of dining in the middle of the Australian desert with magnificent views of Uluru and nothing but the vast expanse of the night sky above and has wowed guests every night since.

“Sounds of Silence has been a key element to the Uluru experience for hundreds of thousands of guests to Ayers Rock Resort over the last 25 years,” said Ray Stone, Voyages Executive GM Sales, Marketing and Distribution.

With the magic of sunset over Uluru combined with the drama of being surrounded in red dunes and, as night falls, the majesty of the night sky with thousands of stars, many of which are not able to be viewed elsewhere in the world, it is an unforgettable evening.

With such a winning formula, the experience has remained largely unchanged throughout the last 25 years – guests still arrive to the lyrical sound of the Didgeridoo and enjoy sparkling wine and canapés while viewing sunset over Uluru and Kata Tjuta, a star talk during dinner brings the night sky to life and telescopes are available for closer viewing. Australian ingredients have always featured on the menu and in celebration of the anniversary this year a new menu is being launched that will ensure Bush Tucker native Australian ingredients are featured throughout the many dishes on offer.

Other extensions of the famous Sounds of Silence experience include the A Night at Field of Light dining experience which includes a walk-though of the phenomenal Field of Light installation following dinner and the premium Tali Wiru and Mayu Wiru dinners which are limited to just 20 people per night.

“Sounds of Silence has always been a celebration of the true essence of the Australian Outback, which is no doubt why it has been successful for so many years,” said Ray.

To celebrate 25 years of Sounds of Silence, Voyages is offering an Uluru Escape Package from $660* per person twin share, which includes three nights’ accommodation, buffet breakfast daily, Sounds of Silence dinner under the stars, a pass to see Field of Light Uluru, return airport transfers and an Indigenous activities program including a bush food experience and guided garden walk.

The offer is available for bookings by 3 April and travel from 1 May - 30 June 2018 and is subject to availability, terms and conditions.